There are couple of posts talking about this subject: when you have multiple process’s with the same name, it’s not straightforward to figure out which performance counter instance represents which process. The suggestion would be to use the process ID and the “ID Process” performance counter (This is not the essence of this post, if you know this already scroll down). 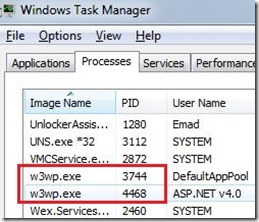 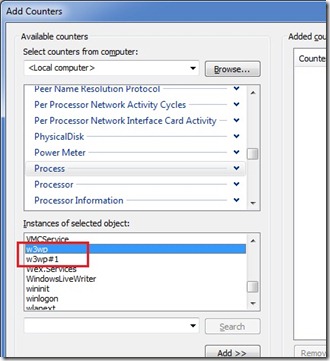 But how to figure out which one is which? the answer as we stated in the introduction is to use the “ID Process” performance counter:

And here is a Stackoverflow answer that describes how to do it programmatically.

What will happen is that counters will shift by one counter up; the counter “w3wp#1” will disappear, and w3wp will pickup up process “3744”:

Which will mess all your readings up!